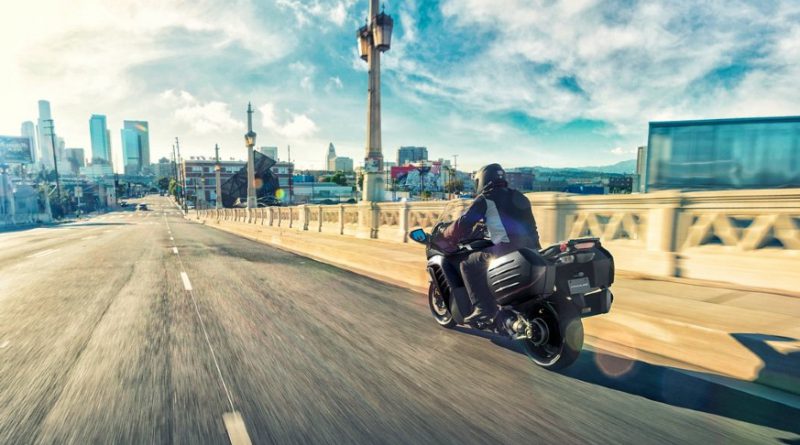 Motorcycle crashes can be divided into two categories, multi- and single-vehicle crashes; neither of which are any fun. Whether someone hits you or you hit something, it’s still a bad day.

Seems many of these incidents occur because drivers pull directly out in front of motorcyclists.  Left-turners at intersections, folks who dart out from a driveway or side road or in whatever scenario; the driver will almost always report not seeing the motorcycle.  Why is this?  Are they lying?

Why are people simply not noticing motorcycles in their field of view? Likely, they are indeed telling the truth, they just didn’t see the bike. Chances are riders became invisible to drivers due to background clutter and camouflage.

Background clutter is something riders deal with regularly and try to mitigate with high-visibility reflective gear. Clutter occurs when there are many targets in the driver’s field of vision, and since a motorcycle is relatively small it can get lost quite easily. Wearing high-vis gear obviously helps; nevertheless, the motorcycle camouflage effect happens on both busy urban streets and winding country roads.

There are different but similar reasons as to why the motorcyclist blends into the background in these scenarios. We have already identified one – the small complex visual picture of a motorcycle with shiny bits and painted parts, gets mixed up with trucks, trailers, cars, and buildings which are also made up of complex visual lines. It’s like getting buried in the visual clutter.

Busy intersections in suburban or urban areas are perfect examples of background clutter. Drivers often cannot see motorcyclists, where the rider can see them quite clearly – because cars and trucks are large targets, evenly organized (body lines, shapes) or rather symmetrical outlines and motorcycles are not.

Don’t be fooled to think that camouflage occurs only in heavy traffic. A motorcycle is a small, cut-up presentation of triangles, circles, and pointy parts – which most drivers are not programmed to look for. The “Motorcycle Accident In-Depth Study” (MAIDS), conducted by the European Association of Motorcycle Manufacturers in 2009, shows that the greatest frequency and percentage of powered two-wheeler/motorcycle (PTW) accidents occurred in light traffic density, which can be interpreted as multi-lane busy urban surface streets with light traffic or as rural roadways. Key here is that heavy traffic does not always induce camouflage.

It’s All About Sight Distance, Approach Speed, and Angle

Another common scenario occurs when a rider coming down a two-lane rural or suburban road encounters a car pulling out directly in front, even on a straight section. There is no clutter of vehicles and buildings, no distracting signals, and perhaps only light traffic with just some trees and rolling hills in the background. The motorcycle is the same small target, but here we introduce the aspect of depth of field and background contrasts. It’s hard to understand how the driver could not have seen the motorcycle, right?

The keys are sight distance, approach speed and angle. When a car is further away, say sitting at a side road waiting to pull out, a motorcycle paints a very small picture to that driver because the motorcycle is at a very narrow angle to their view – in other words, very little visibility of the length or sides of the bike – an already small visual target at a distance. Yes, the intersecting road may be at a 90-degree angle to the main road and not some irregular angle, but the driver is looking toward the motorcycle from a perspective of almost straight on.  And since motorcycles aren’t very wide, they present a narrow visual target in contrast to other narrow or tall objects (trees, poles) in the background.

To test this observation, assume the driver instead stops 20, 30 or even 50 feet before the intersection giving him or her an unobstructed view up the road. Unlike the viewing angle at the intersection, in this scenario the view would likely be enough to show movement in the background to the bike in the foreground. The driver approaching the intersection would see more of the side of the bike, not just the tiny front profile.  The effect however is that the motorcycle appears not to be moving much in that straight-on picture regardless of the motorcycle’s actual speed.

The MAIDS study mentioned earlier further found that “data indicates many motorcycle accidents are due to a lack of perception of both the other vehicle and the motorcycle”.

Another important consideration is that a motorcycle, coming at nearly a straight-on angle will appear very small for a great deal of time, then grow larger quickly in the visual picture as it gets very close. Again, this is because at distance there is virtually no movement to the background to judge speed.

You’ve probably experienced this.  Ask yourself, have you ever been driving or riding up on a line of cars, perhaps at a traffic light, and suddenly realize they are going way slower than you thought? This is because of the sight-picture distance and background reference effect. Again, there’s no good background-to-target movement to estimate speed.

In contrast, on a curve one sees this immediately, right? Riders compensate through experience; however, the field of vision can sometimes play tricks. This may help explain why the Virginia Tech Research Project titled “Factors that Increase and Decrease Motorcycle Crash Risk” (2016) showed 35% of multi-vehicle conflicts were a rear-end collision.  It can go both ways too – bike hitting a vehicle (forward) or being hit from behind (rearward); however, the study data does not separate the two.

Depth of Field is the difference between targets near and far that can remain at least reasonably clear in the field of view. In photography, it’s quite more complicated with aperture and zoom factors to achieve a magazine quality close-up with blurred background. Picture taking aside, it can be of great concern for riders because of the obvious; the driver may visually target one thing but not see you in the background or even foreground in some cases.

Peripheral vision is also part of this phenomenon. A Vision Field Test at the eye doctor indicates peripheral acuity when the eyes are fixated on a center target. Some drivers have great peripheral vision, others not so much. This may help explain why the infamous left-turners do what they do.  It’s not necessarily because they’re distracted; they may just not see a rapidly approaching small, unfamiliar target while navigating the turn. Eyesight limitations, overall eye health, glare, and numerous other factors can play a role as well.

So, what to do about it? Here are some refresher tips to think about:

Know the Risks to Avoid the Risks

Yes, high-vis gear is great and legal, sanctioned flashing head and tail lighting is fine – do all those things to remain as visible as possible. However, the most beneficial action is to understand why motorcyclists are more difficult for motorists to see in certain situations; recognize when that visual challenge occurs and practice techniques to help make yourself more visible. And finally, recognize that a rider’s own skill, visual perceptions, and riding behavior also have an impact on how other vehicles respond.  Ride safe.

This article was written by Tom Batchelor and originally published by the Motorcycle Sport Touring Association. 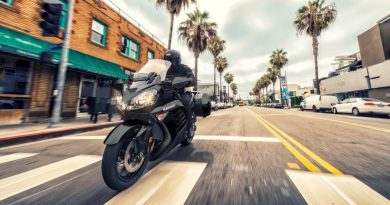 The 2022 Concours affirms Kawasaki leadership in supersport touring. No other maker offers this blend of irrepressible performance with touring manners. 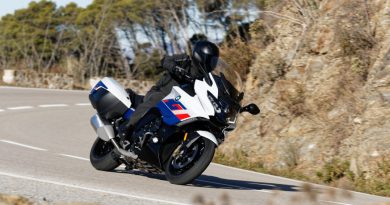 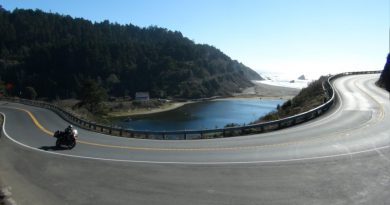 Find the Best Tire Pressure For Your Motorcycle

Motorcycle tire pressure is important for predictable handling and safety. Read how to find the right tire pressure for your motorcycle.

What You Need to Know About Frame Sliders

The 2023 Gift Guide for Motorcycle Riders