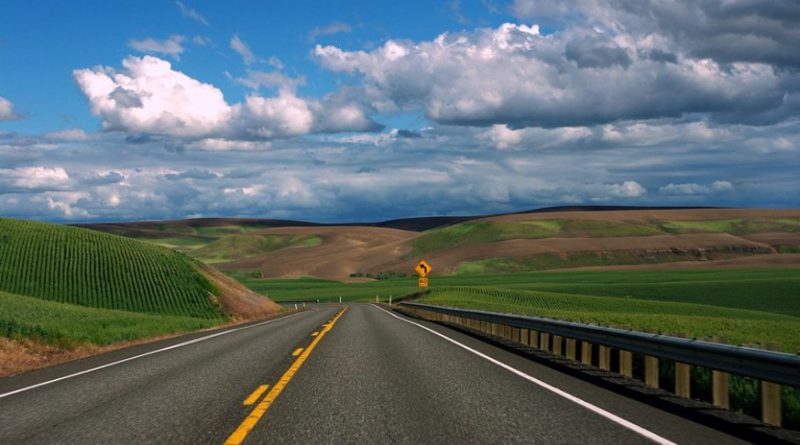 Wheat fields stretch across rolling hills in central Washington State, surrounded by exceptional riding to the north, the west, and to the south. Photo used under Creative Commons License.
December 18, 2021June 8, 2022 10 min read
Share this article...

Looking for a great ride in Washington State that’s a little out of the ordinary?  But one that captures the unique variety and beauty of Washington landscapes?  The appetite for new roads, like good music, is never satisfied.  Motorcyclists spend countless hours between rides sharing discoveries and critiquing previously unknown highways and byways in search of new adventure.

Among the many beautiful roads in Washington, the following three stand out.  Each is a bit off the beaten path but accessible for a day ride or as part of a longer tour.  Together they highlight the diverse landscape found in Washington while still giving riders the tight corners and fast sweepers they crave.

The Pacific Northwest, known for green forests and a year-round outdoor lifestyle is also home to the Olympic Peninsula.  A rural area covering over 1,442 square miles containing both the Olympic National Park and the Olympic National Forest with landscapes ranging from stunning coastline to soaring glacial peaks.  For those lucky few who make the ride, the northern edge of the peninsula holds a special surprise.  The Strait of Juan de Fuca Scenic Byway running from Port Angeles west to Neah Bay is a 70 mile Zen-like experience not to be missed.

Start in the seaside town of Port Angeles, the largest community in the northern peninsula.  Overnight accommodations are plentiful, and food and drink options will satisfy the most discriminating palate.  While in Port Angeles, check out the Olympic National Park main visitor center and take a ride up to Hurricane Ridge.  The 18 mile access road packs plenty of turns and a spectacular view at the top.  Riders can also hop the Black Ball Ferry across the strait to explore Victoria BC and Vancouver Island; although right now the border with Canada remains closed due to Covid, look on-line for the latest.

Leave Port Angeles heading west on Highway 101.  A few miles out of town turn off toward Neah Bay to follow the Strait of Juan de Fuca Scenic Byway.  The best of the Pacific Northwest fills the senses as the road passes through lush green landscapes, showing off water views and taking in ocean breezes.  Canada is a mere 14 miles across this busy shipping channel connecting ports in Seattle and Vancouver Canada with trading partners around the world.

Look for the Elwha River Bridge stretched out over a wide canyon and river far below.  The roadway at times allows taking in the sights and at other times will trigger an adrenaline rush.

Stay on WA-112 at the junction with WA-113 to enter the Makah Indian Reservation, riding through Clallam Bay all the way to Neah Bay.  This last stretch of the byway, perhaps the most exciting and picturesque, feels like a remote access road to the northernmost corner of the state.  Keep an eye out for Shipwreck Point Beach, an expansive open beach ideal for whale sighting, bird watching, and exploring tide lands.

The road ends at Neah Bay.  Head back toward the junction with WA-113 and then take US-101 to ride south on the west side of the peninsula.

Two important notes concerning access.  First be aware that the roadway was damaged by several slides in December 2020 and is only now returning to full operation.  Check the Washington Department of Transportation for current conditions.  And second, the Makah Tribe has closed the reservation to visitors until October 1st in an effort to reduce the spread of Covid; check the Makah Tribe web site for recent updates.

Sometimes a ride along a scenic river is the best thing for a completely refreshed outlook.  The Yakima River Canyon Scenic Byway, also known simply as Canyon Road, offers just that in a twisty 36 mile stretch between Ellensburg and Selah.  Start at the Canyon Road exit off Intersate-90 in Ellensburg, or from the south look for the Selah and Yakima Canyon exit off US 97.

The meandering path along the Yakima River is an easily overlooked road that motorcyclists won’t want to miss.  Originally built in 1924 the route required tunnels in places to cut through the basalt lava cliffs.  To accommodate increasing traffic the roadway was moved closer to the river in 1967 and proclaimed a scenic byway.  The well maintained pavement tempts riders with tight curves, esses, and sweepers that demand complete attention in places leaving the canyon a blurred backdrop.

Natural beauty is everywhere in Yakima Canyon.  Managed by the Bureau of Land Management, visitors find all sorts of recreation ranging from wildlife viewing, to fishing, rafting, and camping.  Sparse cottonwoods and fir trees color the otherwise arid yellow-gold hillsides that are so common in eastern Washington.  Slow down to take it all in.  Look for river rafters cooling off or anglers casting from slow drifting skiffs.  And don’t overlook the wildlife, particularly the eagles, falcons, and hawks that nest in the many crevices along the canyon wall.

There’s more than wildlife and river watching here.  The Canyon River Ranch offers accommodations with breathtaking views and an upscale restaurant serving lunch and dinner.  About 10 miles north of Yakima, the Roza Dam diverts water to fields in the valley and feeds electricity into the local power grid.  The suspended foot bridge over the river at Umtanum Creek Recreation Site makes a great spot to snap a selfie.

All in all, the Yakima Canyon Scenic Byway is a local treasure you don’t want to miss.  With Ellensburg and Interstate-90 on one end and Yakima and US-97 on the other it’s not hard to work this road into a ride.

Rivers are a vital part of Washington State, flowing from the peaks of the Cascade Mountains into fertile valleys and lakes below.  Of those, the Columbia River is the mightiest originating in British Columbia and flowing through Eastern Washington.  There, the river gathers strength from tributaries including the Spokane River and the Yakima River before turning west to form the state’s southern border with Oregon as it flows to the Pacific Ocean.  The Lewis & Clark Highway, WA-14, follows the winding river for 165 miles across the state between the junction with Interstate-82 near Plymouth all the way to Washougal just north of Portland Oregon.

Motorcyclists may overlook the Lewis & Clark Highway thinking it lacks the kind of twists and turns they seek.  Truth be told, the eastern stretch between Plymouth and Maryhill, while offering almost non-stop river views, is a pretty uneventful road.  Those who know prefer to ride the 85 mile stretch between Maryhill and Washougal taking in views of the Columbia, Mount Hood, fields stretching to the horizon, and best of all the most twisty bits this road has to offer.

The small town of Maryhill serves as a useful landmark to begin this ride.  It’s approximately at the junction of US-97 and WA-14 across the Columbia from Biggs Junction.  Anyone riding up from Bend Oregon or coming down from Yakima could easily fit this road into their itinerary.

Two things immediately jump out – the striking cliffs rising up from the Columbia River and the sheer size and power of the river at the center of this magnificent gorge.  The fields are dry except where vineyards thrive on the riverbank.  On a clear day, the always snowy peak of Mount Hood in nearby Oregon floats above the road in the distance.  With all this in view, perhaps it’s fortunate that the first section of road demands little from the rider.

The river remains a constant companion.  The surrounding hills slowly, almost without notice, become green with trees and grassland as the ride moves west.  The road approaches the river with high rock walls framing every bend.  Curves in the road now begin to compete with the river for attention.

Beyond the many wineries and tasting rooms along the way, other landmarks stand out.  The Bridge of the Gods is an 1,858 foot-long steel toll bridge connecting Washington and Oregon.  Built in 1926, it was named after a mid-15th century Klickitat Indian legend describing people walking across the river on a land bridge likely formed by a debris-filled mudslide.  The Bonneville Dam not far east of Washougal is one of 11 Washington dams on the Columbia that create abundant electric power.  And finally, take a look at Stonehenge on the Columbia River near Maryhill.  This full-scale replica of the English original was built in 1929 to commemorate Klickitat County soldiers killed in WWI and later commemorating soldiers killed in WWII, Korea, and Vietnam.

Less Known But Not Less Fun

Locals rave about popular routes like the North Cascades Highway (WA-20), but sometimes through sheer serendipity a rider happens upon a road less traveled and in that moment delights in unexpected vistas and experiences that leave enduring memories.

The three lesser known motorcycle roads here deserve recognition for their unique blend of Washington scenery and adrenaline inducing curves.  Each is accessible for a day ride or link them together for a longer tour.  Either way, ride them soon! 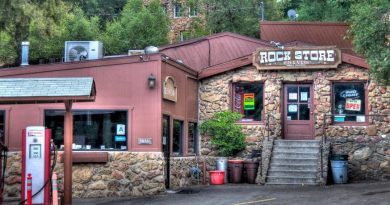 Riding The Black Hills and Badlands Near Deadwood

Discover day rides in the Black Hills and Badlands surrounding the gold rush town of Deadwood from Mount Rushmore to Badlands National Park. 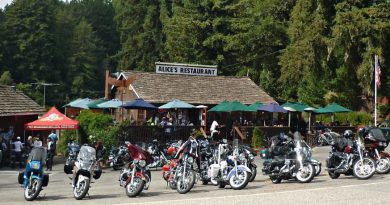